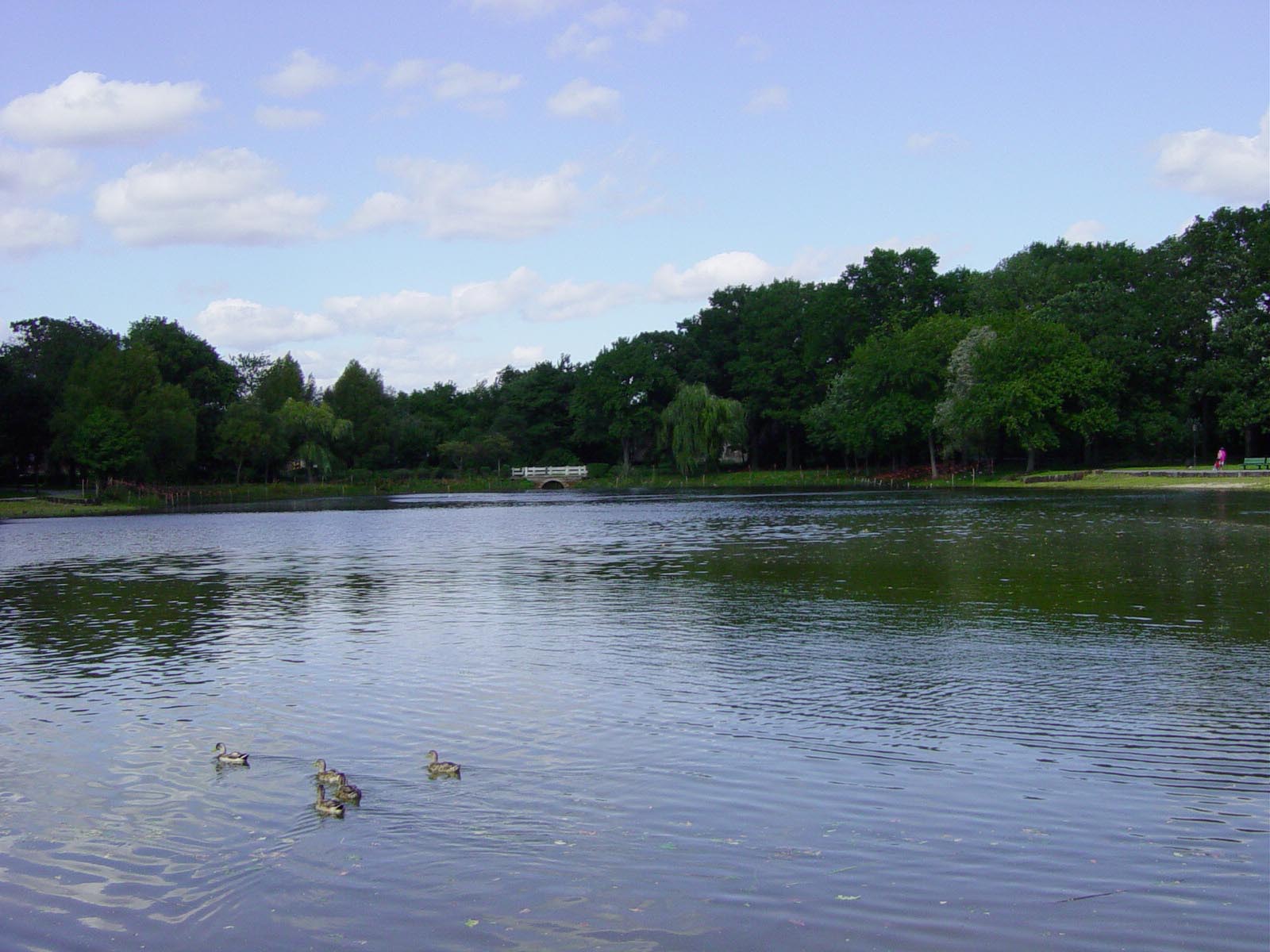 Springfield Park is named after the surrounding neighborhood of Springfield Gardens which was originally known as “Spring Fields” because of its system of natural ponds and creeks. These resources proved attractive to Dutch settlers, who first arrived in the 1640s. The irrigation system they created was used initially to supply water for crops and later incorporated into the city’s water system until the ponds became polluted. By 1700 Spring Fields was a small farm hamlet composed of a number of scattered homes assembled around dirt roads. In the mid-1800s all of southeastern Queens contained only about 2,000 residents, and because of its sparse population, it suffered from a lack of basic services, such as sewers and utilities.

This park  (23.5 acres) is the bed of the former Springfield Brook and Higbie’s Pond. The pond was artificially created when the local Higbie family dammed the brook during the 18th century, built a house on 183rd Street and 147th Avenue and established both a sawmill and gristmill powered by the pond.

Springfield Park is adorned with ten flowerbeds, four of which greet visitors and residents on either side of the north, south, east and west entrances. Daffodils, irises, daylilies, mulberry bushes, evergreens, azaleas, and geraniums abound beneath oak and plain trees. Ducks, geese, egrets and even a couple of swans and large snapping turtle find refuge on the pond and channel.